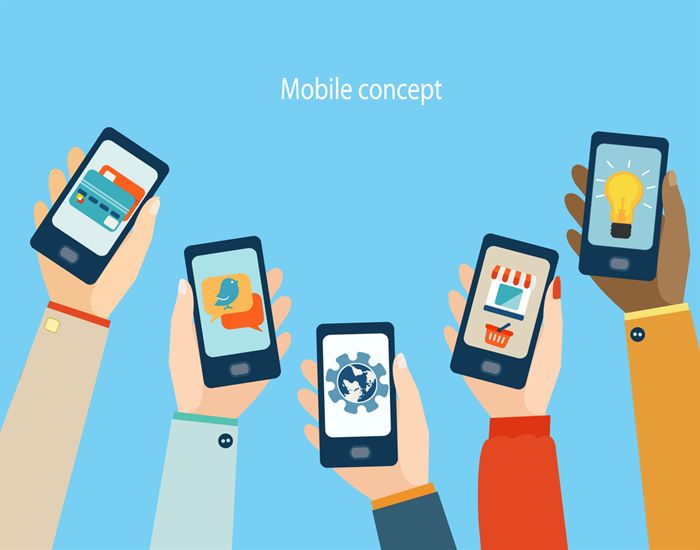 The reason why smartphones are so popular today is without a doubt the existence of applications. Applications are basically the main elements that make mobile phones "smart" in terms of functionality and features. The mobile applications market is in the middle of a positive revolution, their number increasing daily.

Mobile application development also brings benefits to online businesses, which now reach mobile phone users more easily. Billions of people around the world today use smart mobile devices, and one surefire way to reach them is to create custom mobile applications for their own business.

If you are thinking of developing your own mobile application, whether we are talking about creating Android or iOS applications, and you need a direction that indicates your consumer preferences, here are the top most used applications in the world right now.

Surely you have heard of it and more than likely you use it too. Yes, WhatsApp is one of the most popular chat applications, which also allows communication between international telephone networks.

WhatsApp ranks first in this top, with downloads between 1-5 billion.

Of course, Facebook could not rank lower in this top. Facebook is currently the most popular site and application among social networks around the world. The Facebook application is available for Android, iOS and all other major mobile platforms. Facebook is used almost everywhere in the world for socializing, but also at the business level, for paid ads.

Not far from WhatsApp, Facebook ranks second in this top, with downloads between 1-5 billion.

Moreover, YouTube is the host of most videos around the world, and also offers the ability to generate revenue for those who upload videos to the app.

The most used application for location and GPS. Google Maps is a complete location application with features such as GPS tracking, address sharing, navigation, real-time traffic update, location search, and more.

Google is the largest search engine in the world and today it is offered through a dedicated mobile application, with which users can quickly search for images, news or anything else. Google Now is an advanced version of this mobile application.

An email messaging application, Gmail was originally developed for the web, but today has a special version for mobile, available for Andoid, iOS and other platforms. Gmail is the most widely used email application in the world

As the story of this application says, Uber started from a relatively simple idea, that of ordering a car (transport) via a mobile phone. Today, Uber manages to make transportation safer. Based on location, this is the most used application that allows users to "hire" drivers and even share trips with other users going in similar directions, being a convenient, easy and efficient way to transport in or near the city. Because it's a location-based app, Uber works great on any GPS-enabled mobile device.

What are you looking for?

We are here for you

Write us how we can help you!